We are proud to have your child enrolled in one of our Pre-AP or AP English courses. As you may know, these are advanced courses with a curriculum aligned to College Board standards, and therefore they move at a different pace than a regular English course. Because of this, our students are required to read a book each summer prior to beginning their course studies for the school year.

This year we are excited to provide students with a variety of titles from which they can choose. In addition to encouraging our students to foster a love for reading, we want to also point out these titles are thematically linked to the readings students will encounter during their course of study in the upcoming school year. Please make time to read the flyer, research the book titles, and help your child choose a book.

Books can be found at Half Price Books, Amazon, and/or Barnes & Noble.
For more information, contact any of the following teachers:
9th Grade:
Kimberly Morrow (kimberly.morrow@nisd.net)
Briton Merkley (briton.merkley@nisd.net)

You are enrolled in Pre-AP English I, which will prepare you for college level work in your junior and senior years of high school. Active readers are the most successful students. Because of this, we have a summer reading assignment for you.
This year, you may choose from the following list of literature:

Please select one of these novels and have the reading completed by the first week of school.
Expect a summative such as a test and/or essay during class time, as well.
Due: August 26, 2019

All titles were taken from the Tayasha Reading List, a high school reading list for the state of Texas which recommends contemporary
titles for students grades 9-12 in order to “motivate young adults to become [lifelong] readers and to participate in the community of
readers in Texas.” Upon returning from summmer break, students should have read at least one novel from the selection in order to begin
reviewing curriculum from previous years as well as learning new concepts.

In Cold Blood by Truman Capote

On November 15, 1959, in the small town of Holcomb, Kansas, four members of the Clutter family were savagely murdered
by blasts from a shotgun held a few inches from their faces. There was no apparent motive for the crime, and there were almost no clues.

As Truman Capote reconstructs the murder and the investigation that led to the capture, trial, and execution of the killers,
he generates both mesmerizing suspense and astonishing empathy. ​In Cold Blood​ is a work that transcends its moment,
yielding poignant insights into the nature of American violence.

The Glass Castle by Jeanette Walls

Rex and Rose Mary Walls had four children. In the beginning, they lived like nomads, moving among Southwest desert towns,
camping in the mountains. Rex was a charismatic, brilliant man who, when sober, captured his children's imagination.
Rose Mary couldn't stand the responsibility of providing for her family.

As the dysfunction of the family escalated, Jeannette and her brother and sisters had to fend for themselves,
supporting one another as they weathered their parents' betrayals and, finally, found the resources and will to leave home.

Into the Wild by Jon KraKuer

In April, 1992, a young man from a well-to-do family hitchhiked to Alaska and walked alone into the wilderness north of Mt. McKinley.
His name was Christopher Johnson McCandless. He had given $25,000 in savings to charity, abandoned his car and most of his possessions,
burned all the cash in his wallet, and invented a new life for himself.

Four months later, a party of moose hunters found his decomposed body. How McCandless came to die is the unforgettable story of ​Into the Wild​.

The Prince by Niccole Machiavelli

The Prince​ is a 16​th​ century treatise written by Niccolo Machiavelli. In essence, it outlines how a successful prince should rule and
accrue power—no matter what the cost.  The descriptions within ​The Prince​ have the general theme of accepting that the aims of princes
– such as glory and survival – can justify the use of immoral means to achieve those ends.

The Prince​ is sometimes claimed to be one of the first works of ​modern philosophy​, especially modern ​political philosophy​,
in which the "effectual" truth is taken to be more important than any abstract ideal. It is also notable for being in direct conflict
with the dominant Catholic and ​scholastic​ doctrines of the time, particularly those concerning politics and ethics

Students are to choose a novel, play or autobiography from the literature listed below and read. Elements to pay close attention to include, but are not limited to, symbolism, character development, conflict(s), motif, theme, and writer’s craft (the structure and organization of the story as a whole). Be prepared to participate in a google discussion group when you return to school, making your own observations as well as comments on your classmates’ observations, the first three weeks of class. In addition, you will be responding substantively to an AP-style essay prompt on your selection the first week of class.

The Poisonwood Bible By Barbara Kingsolver
A story told by the wife and four daughters of Nathan Price, a fierce, evangelical Baptist who takes his family and mission to the Belgian Congo in 1959. They carry with them everything they believe they will need from home, but soon find that all of it -- from garden seeds to Scripture -- is calamitously transformed on African soil. What follows is a suspenseful epic of one family's tragic undoing and remarkable reconstruction over the course of three decades in postcolonial Africa.

Equus By Peter Shaffer
In "Equus," which took critics and public alike by storm and has gone on to become a modern classic, Peter Shaffer depicts the story of a deranged youth who blinds six horses with a spike. Through a psychiatrist's analysis of the events, Shaffer creates a chilling portrait of how materialism and convenience have killed our capacity for worship and passion and, consequently, our capacity for pain. Rarely has a playwrite created an atmosphere and situation that so harshly pinpoint the spiritual and mental decay of modern man. (from Goodreads.com)

Invisible Man By Ralph Ellison
Invisible Man is a milestone in American literature, a book that has continued to engage readers since its appearance in 1952. A first novel by an unknown writer, it remained on the bestseller list for sixteen weeks, won the National Book Award for fiction, and established Ralph Ellison as one of the key writers of the century. The nameless narrator of the novel describes growing up in a black community in the South, attending a Negro college from which he is expelled, moving to New York and becoming the chief spokesman of the Harlem branch of "The Brotherhood,” and retreating amid violence and confusion to the basement lair of the Invisible Man he imagines himself to be. The book is a passionate and witty tour de force of style, strongly influenced by T.S. Eliot's The Waste Land, Joyce, and Dostoevsky 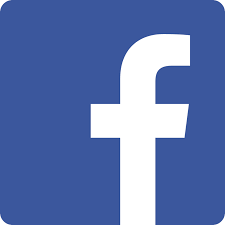 How to order Transcripts

Order transcripts online via this link.